An orphan and thief, Hugo lives in the walls of a busy train station. He desperately believes a broken automaton will make his dreams come true. But when his world collides with an eccentric girl and a bitter old man, Hugo’s undercover life are put in jeopardy. Turn the pages, follow the illustrations and enter an unforgettable new world!

‘A richly written story with breathtaking pictures’ – The Guardian

‘It is wonderful…This is much more than a graphic novel: it is more like a silent film on paper’ – The New York TimesÂ

Twelve-year-old Hugo lives in the walls of a busy Paris train station, where his survival depends on secrets and anonymity.

But when his world suddenly interlocks with an eccentric girl and her grandfather, Hugo’s undercover life, and his most precious secret, are put in jeopardy.

A cryptic drawing, a treasured notebook, a stolen key, a mechanical man, and a hidden message from Hugo’s dead father form the backbone of this intricate, tender, and spellbinding mystery.

Be the first to review “Invention of Hugo Cabret” Cancel reply 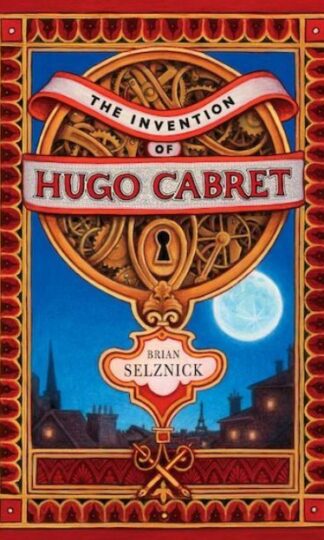