Countering the atheist claim that believers are by default violent fanatics and religion is the cause of all major wars, Karen Armstrong demonstrates that religious faith is not inherently violent. In fact, the world’s major religions have throughout their history displayed ambivalent attitudes towards aggression and warfare. At times they have allied themselves with states and empires for protection or to further their influence; at others they have tried to curb state oppression and aggression and worked for peace and justice. Taking us on a journey from prehistoric times to the present, Karen Armstrong contrasts medieval crusaders and modern-day jihadists with the pacifism of the Buddha and Jesus’ vision of a just and peaceful society; moreover, she demonstrates that the underlying reasons – social, economic, political – for war and violence in our history often had very little to do with religion.

It is the most persistent myth of our time: religion is the cause of all violence. But history suggests otherwise. Karen Armstrong, former Roman Catholic nun and one of our foremost scholars of religion, speaks out to disprove the link between religion and bloodshed.

* Religion is as old as humanity: Fields of Blood goes back to the Stone Age hunter-gatherers and traces religion through the centuries, from medieval crusaders to modern-day jihadists.

* The West today has a warped concept of religion: we regard faith as a personal and private matter, but for most of history faith has informed people’s entire outlook on life, and often been inseparable from politics.

* Humans undoubtedly have a natural propensity for aggression: the founders of the largest religions – Jesus, Buddha, the rabbis of early Judaism, the prophet Muhammad – aimed to curb violence and build a more peaceful and just society, but with our growing greed for money and wealth came collective violence and warfare.

* With the arrival of the modern all-powerful, secular state humanity’s destructive potential has begun to spiral out of control. Is humanity on the brink of destroying itself?

Fields of Blood is a celebration of the ancient religious ideas and movements that have promoted peace and reconciliation across millennia of civilization.

Be the first to review “Fields Of Blood” Cancel reply 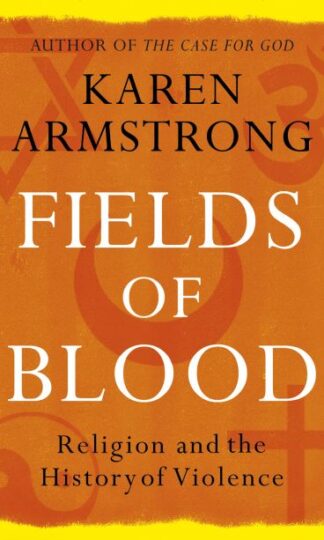