Alexei is the highly respected head of the Soviet Union’s meteorology department. He is also a loving family man, devoted to his wife and his 4-year-old daughter Eleonora. But one fateful morning in 1934, less than a year after being hailed by Stalin as a national hero, he is suddenly arrested and exiled to a gulag. With thousands of other political prisoners, he spends his remaining years on an island in the frozen north, under vast skies and surrounded by water that was, for more than 6 months of the year, a sheet of motionless ice. Olivier Rolin masterfully pieces together Alexei’s story and his eventual horrifying fate, drawing on an archive of letters and beautiful drawings of the natural world which Alexei sent home to his family.

The heartbreaking story of an innocent man in a Soviet gulag, told for the first time in English, and beautifully illustrated with the original drawings he sent to his family from the camp.

One fateful day in 1934, a husband arranged to meet his wife under the colonnade of the Bolshoi theatre. As she waited for him in vain, he was only a few hundred metres away, in a cell in the notorious Lubyanka prison.

Less than a year before, Alexey Wangenheim – a celebrated meteorologist – had been hailed by Stalin as a national hero. But following his sudden arrest, he was exiled to a gulag, forced to spend his remaining years on an island in the frozen north, along with thousands of other political prisoners.

By chance, Olivier Rolin discovered an album of the letters and beautiful drawings of the natural world which Alexey sent home to his wife, Varvara, and his four-year-old daughter, Eleonora. Intrigued by these images, Rolin became determined to uncover Alexey’s story and his eventual horrifying fate.

Stalin’s Meteorologist is the fascinating and deeply moving account of an innocent man and his family caught up in the brutality of Soviet paranoia, and a timely reminder of the human consequences of political extremism.

Be the first to review “Stalin’s Meteorologist: One Man’s Untold Story of Love, Life and Death” Cancel reply 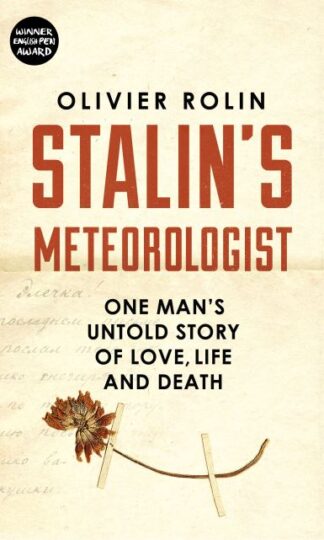 You're viewing: Stalin’s Meteorologist: One Man’s Untold Story of Love, Life and Death £16.99
Add to basket
This website uses cookies to improve your experience. We'll assume you're ok with this, but you can opt-out if you wish.Accept Read More
Privacy & Cookies Policy