James Hardwicke visits progressive Scrope House School to investigate a case of apparent pyromania among the students.Â  Â It is May 1939 and German refugees are streaming into England to escape the horrors of the Hitler regime.Â  Soon enough, James’ rather desultory investigation encompasses murder too, when sherry is poisoned at a faculty party.Â Â

“You can’t expect a murderer to be able to have everything his own way ” Scientist James Hardwicke is invited to progressive co-educational Scrope House School to investigate a case of apparent pyromania among the student body.Â  Although inclined to ignore this odd invitation, he is persuaded to accept by his friend Caroline, who wants a job at the school. Â It is May 1939, German refugees are streaming into England to escape the horrors of the Hitler regime, and the headmaster is worried about the ramifications of a refugee child being the culprit.Â  Soon enough, James’ rather desultory investigation encompasses murder too, when sherry is poisoned at a faculty party.Â  James must decide if there is a link between the fires and the murder, and whether the victim – the wife of the English teacher – was the intended victim or an accidental one.

Be the first to review “Murder At Liberty Hall” Cancel reply 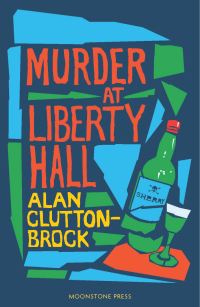