A touching memoir about a loving but remote father whose inner demons spur him to the status of master gambler.

Hannah Lowe’s father “Chick,” a half-Chinese, half-black Jamaican immigrant, worked long hours at night to support his familyÂexcept Chick was no ordinary working man. A legendary gambler, he would vanish into the shadows of East London to win at cards or dice, returning during the daylight hours to greet the daughter whose love and respect he courted.

In this poignant memoir, Lowe calls forth the unstable world of card sharps, confidence men, and small-time criminals that eventually took its toll on Chick. She also recalls her own coming-of-age in a London suburb during the racially charged 1980s and conjures her father’s difficult childhood in a changing Jamaica, where he first honed his formidable skills. Lowe tells Chick’s story eloquently, even as she begins to make sense of her own.

Gently paced, dramatic, and complex, Long Time No See speaks of love and its absence; regret and compassion; and the struggle to know oneself.

Hannah Lowe teaches at the Poetry School in London. Her poetry collection, Chick, was shortlisted for the 2013 Forward Prize for Best First Collection.

Be the first to review “Long Time No See” Cancel reply 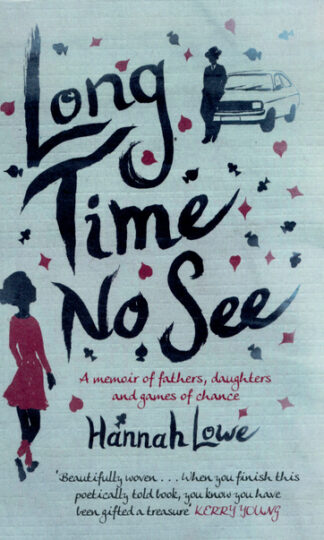