Drinking and Driving in Chechnya

It is the mid-1990s, and ordinary Russians are reeling from the collapse of the Soviet Union. Old habits clash with new money, and war rages between Russia and the breakaway Chechen republic.
Leonid, a hard-luck truck driver, lives with his senile, military-veteran father in Moscow and ferries shipments of illicit goods all over Russia for his Mafiya bosses. He nurses a single wish: to leave behind the country of his birth and immigrate to the United StatesÂthe land where dreams come true.

During a haul to the Caucasus with a cargo of vodka intended for parched soldiers on the front line of the campaign against Chechnya, Leonid and his dim-witted sidekick take a wrong turn. They wind up in the center of the Chechen capital Grozny, at the height of one of the cruelest bombardments of the twentieth century.

What follows will shock Leonid into confronting reality, from which he has always averted his gaze. His well-honed cynicism will be tested along with the survival skills he has accumulated over the years.

A cult classic in the making, this short, biting debut is a heartfelt contemplation of how we engage with our worst instincts andÂsometimesÂrise above them. Amoral and hardened, even Leonid cannot fail to be moved by the events he witnesses, which will change him beyond recognition.

Peter Gonda is a photographer, screenwriter, sometime journalist, and now a novelist. Although nominally based in Montreal, Canada, he currently resides all over the map.

A massive debt of gratitude to all the authors and 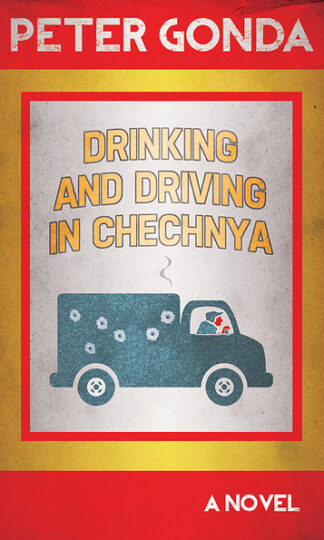