A chilling, dystopian novel: Harry and Michel guard the inhabitants of an apartment block. No-one goes outside. The world might be at war – it might even have been plunged into nuclear winter. No-one knows.

Isolation, terror, paranoia. Two guards in a luxury apartment block stick to their posts while the world collapses around them.

‘A mix of psychological thriller and SF fable, this is a strange, wonderfully claustrophobic novel’ John O’Connell, Guardian. (Guardian)

Harry and Michel are stationed in the basement of a luxury apartment block, guarding the 1%. Until all the residents leave – apart from a man on floor 29.

Harry and Michel stick to their posts. The world might be at war, plunged into nuclear winter or decimated by a disease; they may be the last inhabitants in the city. All they know is that if they are vigilant, ‘the organisation’ will reward them: promotion to an elite cadre of security officers remains their goal, and their days are punctuated by vivid dreams of everything they are missing.

But what if there were no-one left to guard? And if the promised third officer arrives, how will he fit into Michel and Harry’s studied routine of boredom and paranoia?

Be the first to review “The Guard” Cancel reply 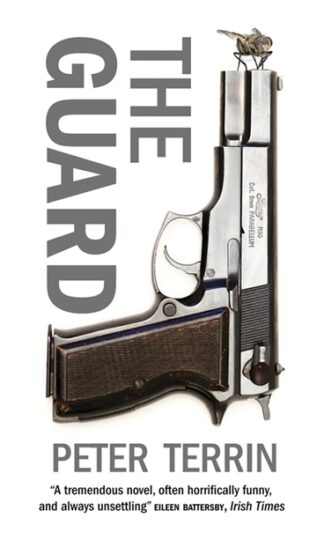