Immerse yourself once more in the intricate world of the Arks. Now that her powers are known to all, Ophelia is forced into the perilous political machinations of the Pole and finds herself implicated in an investigation that will lead her to see beyond the Pole’s illusions to the heart of the formidable truth.

When our heroine Ophelia is promoted to Vice-storyteller by Farouk, the ancestral Spirit of Pole, she finds herself unexpectedly thrust into the public spotlight. Now that her powers-and the threat they present to the secretive denizens of this new world-are known to all, she is forced to reveal the nefarious plots that have been brewing beneath the golden rafters of Citaceleste and to throw herself into the political machinations of the Pole. In this perilous situation, the only person she may be able to trust is Thorn, her enigmatic fiancÃ©. As one after another influential courtier vanishes in suspicious circumstances, Ophelia again finds herself unintentionally implicated in an investigation that will lead her to see beyond Pole’s many illusions to the heart of the formidable truth.

Be the first to review “Missing Of Clairdelune” Cancel reply 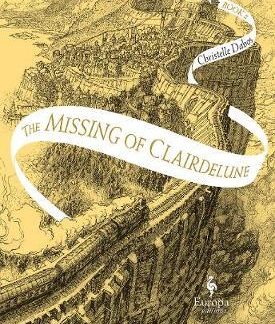