The Great Leader and the Fighter Pilot: Escaping Tyranny in North Korea

A non-fiction thriller by international bestselling author Blaine Harden (Escape from Camp 14) that explores the world’s most repressive state through the intertwined lives of two North Koreans, one infamous, one obscure: Kim Il Sung, the former North Korean leader and No Kum Sok, once the state’s youngest jet fighter pilot.

Shortly before the Korean War ended, No Kum Sok met Kim Il Sung, who congratulated him for his flying skill and his courage. A few months later, No Kum Sok stole a Soviet-made MiG-15 and flew it to a US airfield in South Korea.

Beginning with the arbitrary division of Korea in 1945 and ending two months after the shaky armistice that halted combat in the Korean War, The Great Leader & the Fighter Pilot is an ambitious and gripping book which digs deeply into the character of the Kim family dictatorship.

At once an irresistible adventure story and an authoritative guide to the notorious state, it explains why North Korea remains so isolated, why it created and maintains a vast gulag of concentration camps, and why it is still so angry at the western world.

Be the first to review “The Great Leader and the Fighter Pilot: Escaping Tyranny in North Korea” Cancel reply 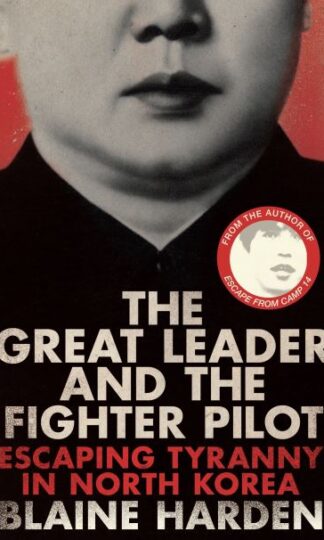 You're viewing: The Great Leader and the Fighter Pilot: Escaping Tyranny in North Korea £9.99
Add to basket
This website uses cookies to improve your experience. We'll assume you're ok with this, but you can opt-out if you wish.Accept Read More
Privacy & Cookies Policy