Every year on St Stephen’s Day, Wren Silke is chased through the forest in a warped version of a childhood game. Her pursuers are judges – a group of powerful and frightening boys who know nothing of her true identity. If they knew she was an augur – their sworn enemy – the game would be up. This year, the tension between judges and augurs is at breaking point. Wren’s survival, and that of her family, depends on her becoming a spy in the midst of these boys she fears most and using her talent, her magic, to steal from them the only thing that can restore her family’s former power for good. But Wren’s talent comes with a price. The more she uses it, the more she loses her grip on reality and soon she’s questioning everything she’s ever known about her family, about augurs and judges, and about the dangerous tattooed stranger who most definitely is not on her side.

NOMINATED FOR THE CILIP CARNEGIE MEDAL 2019SHORTLISTED FOR THE IRISH BOOK AWARDS TEEN/YOUNG ADULT BOOK OF THE YEAR 2018‘Beautiful, eerie, dark and dreamy’ MELINDA SALISBURY‘Watson’s writing has the sort of poise rarely found in a debut’ KIRAN MILLWOOD HARGRAVE‘Thrilling and otherworldly’ SUNDAY TIMES Every winter, Wren Silke is chased through the forest in a warped version of a childhood game. The boys who haunt her are judges, powerful and frightening pursuers, who know nothing of her true identity. If they knew she was an augur, their sworn enemy, the game would turn deadly. But Wren is on the hunt, too. Sent undercover as an intern to the Harkness Foundation – enemy headquarters – her family’s survival rests on finding a secret meant to stay hidden. As the enmity between two ancient magics reaches breaking point, Wren is torn between old loyalties and new lies. And trapped in the most dangerous game of her life. Part thriller, part love story, this captivating debut novel will leave readers spellbound.

Be the first to review “The Wren Hunt” Cancel reply 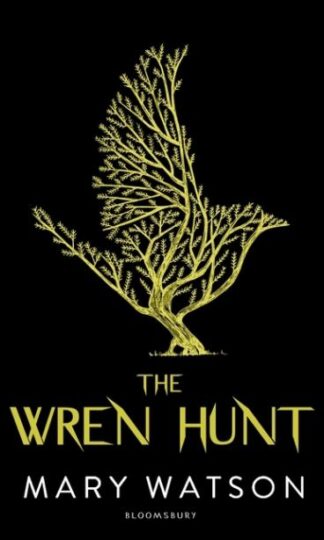