The Fall of the House of Wilde: Oscar Wilde and His Family

‘The Fall of the House of Wilde’ for the first time places Oscar Wilde as a member of one of the most dazzling Anglo-Irish families of Victorian times, and also in the broader social, political and religious context. A remarkable and perceptive account, this is a major repositioning of our first modern celebrity, a man whose own fall from grace in a trial as public as his father’s marked the end of fin de siÃ¨cle decadence.

‘Emer O’Sullivan has made an indispensable contribution to Wildean literature ? Compelling, informative and fascinating’ Stephen Fry Oscar Wilde’s father – scientist, surgeon, archaeologist, writer – was one of the most eminent men of his generation. His mother – poet, journalist, translator – hosted an influential salon at 1 Merrion Square. Together they were one of Victorian Ireland’s most dazzling and enlightened couples. When, in 1864, Sir William Wilde was accused of sexually assaulting a female patient, it sent shock waves through Dublin society. After his death some ten years later, Jane attempted to re-establish the family in London, where Oscar burst irrepressibly upon the scene, only to fall in a trial as public as his father’s. A remarkable and perceptive account, The Fall of the House of Wilde is a major repositioning of our first modern celebrity, a man whose fall from grace marked the end of fin de siÃ¨cle decadence.

Be the first to review “The Fall of the House of Wilde: Oscar Wilde and His Family” Cancel reply 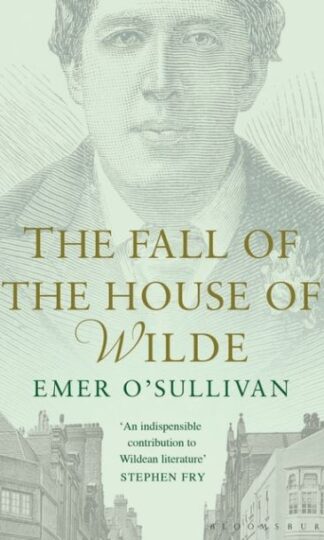 You're viewing: The Fall of the House of Wilde: Oscar Wilde and His Family £12.99
Add to basket
This website uses cookies to improve your experience. We'll assume you're ok with this, but you can opt-out if you wish.Accept Read More
Privacy & Cookies Policy