Benjamin Zephaniah reveals all, in his own inimitable style, about his memorable experiences in China and also all about his love of kung fu

Benjamin Zephaniah decides he has had enough of London. So he takes off to China, specifically to Shaolin Temple, the spiritual home of martial arts and kung fu. Benjamin wants to take on an instructor who will teach him more about kung fu. But finding a good instructor is difficult, and the instructor he does finally locate is not only called ‘Iron Breath’ but also proves a very hard taskmaster . . . An extraordinary snapshot of Benjamin’s life plus Benjamin’s own views on politics, Buddhism, kung fu, vegans and much else. But this is also a fascinating insight into China itself, and the huge variety of people who Benjamin meets – who react very differently to the appearance of a Rasta in their midst: on occasions even fainting or bowing to Benjamin, thinking he is a god! 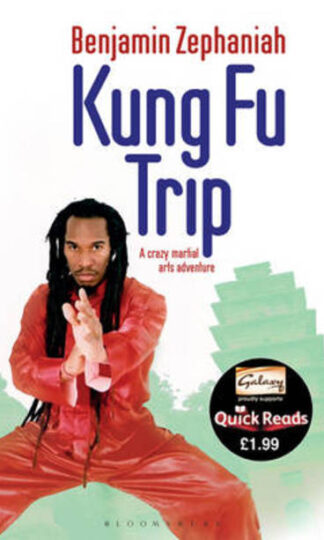