Translated from the French by George Miller

Lou Bertignac has an IQ of 160 and a good friend in class rebel Lucas. At home her father puts a brave face on things but cries in secret in the bathroom, while her mother rarely speaks and hardly ever leaves the house. To escape this desolate world, Lou goes often to Gare d’Austerlitz to see the big emotions in the smiles and tears of arrival and departure. But there she also sees the homeless, meets a girl called No, only a few years older than herself, and decides to make homelessness the topic of her class presentation. Bit by bit, Lou and No become friends until, the project over, No disappears. Heartbroken, Lou asks her parents the unaskable question and her parents say: Yes, No can come to live with them. So Lou goes down into the underworld of Paris’s street people to bring her friend up to the light of a home and family life, she thinks.

Be the first to review “No and Me” Cancel reply 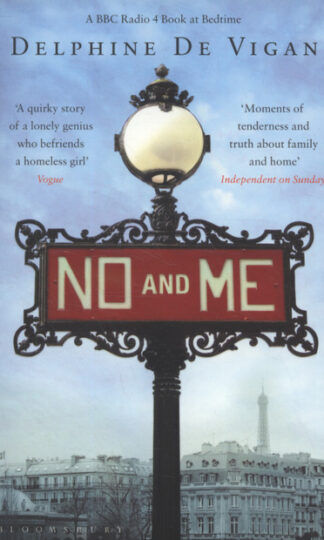