An Expert in Murder

‘An Expert in Murder’ features Golden Age crime writer Josephine Tey as its lead character, placing her in the richly-peopled world of 1930s theatre which formed the other half of her writing life, and using real events as the basis for an original murder mystery.

An Expert in Murder is the first in a new series that features Golden Age crime writer Josephine Tey as its lead character, placing her in the richly-peopled world of 1930s theatre which formed the other half of her writing life. It’s March 1934, and Tey is travelling from Scotland to London to celebrate what should be the triumphant final week of her celebrated play, Richard of Bordeaux. However, a seemingly senseless murder puts her reputation, and even her life, under threat. An Expert in Murder is both a tribute to one of the most enduringly popular writers of crime and an atmospheric detective novel in its own right.

Be the first to review “An Expert in Murder” Cancel reply 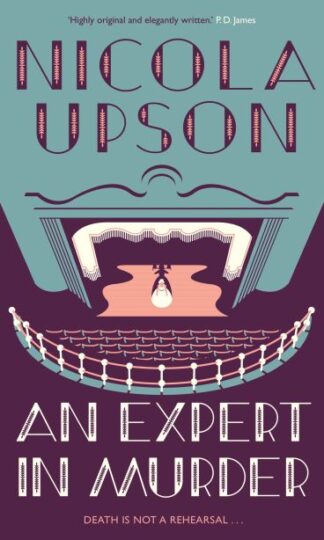