Trotter, Harding, Anderton and Chase are a quartet of young friends at a Birmingham school, and the narrative of the Rotters’ club is about to take them on an unforgettable ride through the surreal landscape of the 1970s.

Winner of the Everyman Wodehouse prize, The Rotters’ Club follows Benjamin Trotter – bestselling author Jonathan Coe’s most iconic character – through the hilarious and, at times, touching trials and tribulations of growing up in 1970s Britain.

Unforgettably funny and painfully honest, Jonathan Coe’s tale of Benjamin Trotter and his friends’ coming of age during the 1970s is a heartfelt celebration of the joys and agonies of growing up.

Featuring, among other things, IRA bombs, prog rock, punk rock, bad poetry, first love, love on the side. Prefects, detention, a few bottles of Blue Nun, lots of brown wallpaper, industrial strife, and divine intervention in the form of a pair of swimming trunks.

Set against the backdrop of the decade’s class struggles, tragic and riotous by turns, packed with thwarted romance and furtive sex, The Rotters’ Club will be enjoyed by readers of Nick Hornby and William Boyd and anyone who ever experienced adolescence the hard way.

‘One of those sweeping, ambitious yet hugely readable, moving and richly comic novels that you find all too rarely in English fiction…a masterpiece’ Daily Telegraph

‘Very funny…a compulsive and gripping read. Coe had achieved that rare feat: a novel stuffed with characters you really care for’ The Times

‘A book to cherish, a book to reread, a book to buy for all your friends’ Independent on Sunday

Jonathan Coe’s novels are filled with biting political satire, moving and astute observations of life and hilarious set pieces that have made him one of the most popular writers of his generation. His other titles, The Closed Circle (sequel to The Rotters’ Club), The Accidental Woman, The Dwarves of Death, The Terrible Privacy of Maxwell Sim, The House of Sleep (winner of the 1998 Prix MÃ©dicis Ãtranger), A Touch of Love, What a Carve Up! (winner of the 1995 John Llewellyn Rhys Prize) and The Rain Before it Falls, are all available in Penguin paperback.

Be the first to review “The Rotters’ Club” Cancel reply 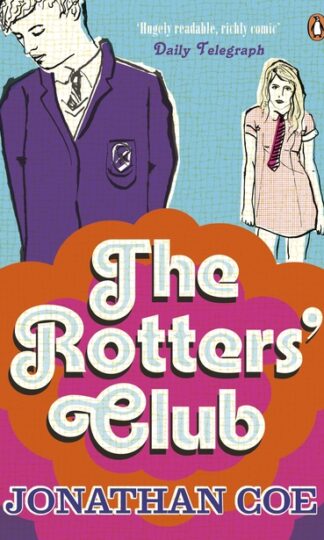