By knowing the shape of our Earth we can create maps, survive the oceans, follow rivers, navigate the skies, and travel across the globe. This is the story of our world, of how we discovered what no one thought possible – the shape of the earth. This is a thrilling account of the first major expedition by data gatherers and qualified observers to interior Peru, to discover the shape and magnitude of the Earth.

‘This rollicking story of adventure and scientific exploration is as gripping as any novel . . . a book that sparkles with intelligence and wit’ Alex Preston, author and journalist

‘Crane has a rare knack for showing people things they really ought to see across space and time without them having to get out of their chair’ Joe Smith, director of The Royal Geographic society
_______

The year is 1735.
Twelve unruly men board ships bound for South America.
Their mission? To discover the true shape of the earth.
They will be exposed to a wilderness of dangers none can imagine.
The survivors won’t return for ten years.
_______

They knew the world wasn’t a sphere. Either it stretched at the poles or it bulged at the equator. But which?

They needed to know because accurate maps saved lives at sea and made money on land. But measuring the earth was so difficult that most thought it impossible.

The world’s first international team of scientists was sent to a continent of unmapped rainforests and ice-shrouded volcanoes where they attempted to measure the length on the ground of one degree of latitude.

Beset by egos and disease, storms and earthquakes, mutiny and murder, they struggled for ten years to reach the single figure they sought.

Latitude is an epic story of survival and science set in mountain camps and remote observatories.

A breathtaking tale of courage in adversity, it is celebrated today as the first modern exploring expedition.
_______

‘Latitude is a thrilling story of courage, survival and science. It’s an extraordinary, visceral and vivid read’ Geographical Magazine

Be the first to review “Latitude” Cancel reply 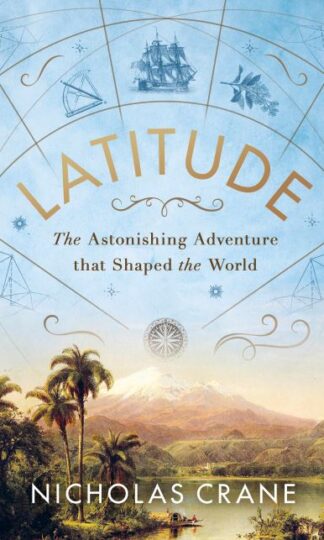