In June 1925, 23-year-old Werner Heisenberg, suffering from hay fever, retreated to a small, treeless island in the North Sea called Helgoland. It was there that he came up with one of the most transformative scientific concepts: quantum theory. Almost a century later, quantum physics has given us many startling ideas: ghost waves, distant objects that seem magically connected to each other, cats that are both dead and alive. Countless experiments have led to practical applications that shape our daily lives. Today our understanding of the world around us is based on this theory. And yet it is still profoundly mysterious. Here, Carlo Rovelli tells the extraordinary story of quantum physics and reveals its deep meaning: a world made of substances is replaced by a world made of relations, each particle responding to another in a never ending game of mirrors.

‘A triumph . . . we are left in a world that is not disenchanted by science, but even more magical’ Julian Baggini, Financial Times

‘Carlo Rovelli is a genius and an amazing communicator’ Neil Gaiman

In June 1925, twenty-three-year-old Werner Heisenberg, suffering from hay fever, had retreated to the treeless, wind-battered island of Helgoland in the North Sea in order to think. Walking all night, by dawn he had wrestled with an idea that would transform the whole of science and our very conception of the world.

In Helgoland Carlo Rovelli tells the story of the birth of quantum physics and its bright young founders who were to become some of the most famous Nobel winners in science. It is a celebration of youthful rebellion and intellectual revolution. An invitation to a magical place.

Here Rovelli illuminates competing interpretations of this science and offers his own original view, describing the world we touch as a fabric woven by relations. Where we, as every other thing around us, exist in our interactions with one another, in a never-ending game of mirrors.

A dazzling work from one of our most celebrated scientists and master storyteller, Helgoland transports us to dizzying heights, reminding us of the many pleasures of the life of the mind.

Be the first to review “Helgoland” Cancel reply 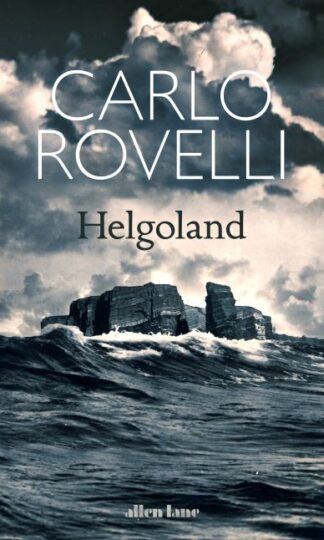