In September 1726, Mary Toft was found to have given birth to seventeen rabbits in Godalming, Surrey. The case caused a sensation and was reported widely in newspapers, popular pamphlets, poems and caricatures.

In October 1726, newspapers began reporting a remarkable event. In the town of Godalming in Surrey, a woman called Mary Toft had started to give birth to rabbits. Several leading doctors – some sent directly by King George I – travelled to examine the woman and she was moved to London to be closer to them. By December, she had been accused of fraud and taken into custody. Mary Toft’s unusual deliveries caused a media sensation. Her rabbit births were a test case fordoctors trying to further their knowledge about the processes of reproduction and pregnancy. The rabbit births prompted not just public curiosity and scientific investigation, but also a vicious backlash. Based on extensive new archival research, this book is the first in-depth re-telling of this extraordinary story. Karen Harvey situates the rabbit-births within the troubled community of Godalming and the women who remained close to Mary Toft as the case unfolded, exploring the motivations of the medics who examined her, considering why the case attracted the attention of the King and powerful men in government, and following the case through the criminal justice system.The case of Mary Toft exposes huge social and cultural changes in English history. Against the backdrop of an incendiary political culture, it was a time when traditional social hierarchies were shaken, relationships between men and women were redrawn, print culture acquired a new vibrancy and irreverence, and knowledge of the body was remade. But Mary Toft’s story is not just a story about the past. In reconstructing Mary’s physical, social and mental world, The Imposteress RabbitBreeder allows us to reflect critically on our own ideas about pregnancy, reproduction, and the body through the lens of the past.

"What a gift! This is bonkers! And here is why ind 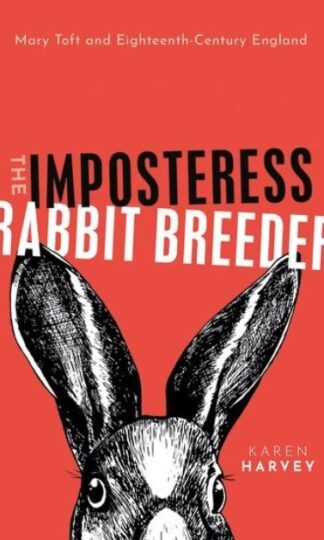