Map That Changed The World

The first geological map of anywhere in the world was made by William Smith. It was not until 1829 that his genius was realised. Written by the author of The Surgeon of Crowthorne, this is an extraordinary tale of the father of modern geology.

THE EXTRAORDINARY TALE OF THE FATHER OF MODERN GEOLOGY

Hidden behind velvet curtains above a stairway in a house in London’s Piccadilly is an enormous and beautiful hand-coloured map – the first geological map of anywhere in the world. Its maker was a farmer’s son named William Smith. Born in 1769 his life was troubled: he was imprisoned for debt, turned out of his home, his work was plagiarised, his wife went insane and the scientific establishment shunned him.

It was not until 1829, when a Yorkshire aristocrat recognised his genius, that he was returned to London in triumph: The Map That Changed the World is his story.

‘For a geologist, this is a must read’ Amazon Reviewer

‘Never realised how seminal this map was’ Amazon Reviewer 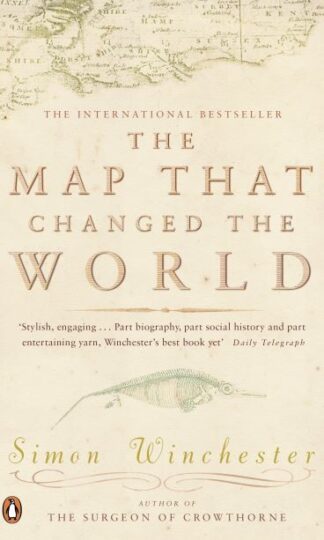