What initially appears to be a plain account of the lives of Jewish emigrants in Norfolk, Austria, America and Manchester, merges into an overwhelming evocation of the experience of exile and the loss of homeland.

‘A book of excruciating sobriety and warmth and a magical concreteness of observation… I know of no book which conveys more about that complex fate, being a European at the end of European civilization’ Susan Sontag

At first The Emigrants appears simply to document the lives of four Jewish Ã©migrÃ©s in the twentieth century. But gradually, as Sebald’s precise, almost dreamlike prose begins to draw their stories, the four narrations merge into one overwhelming evocation of exile and loss.

Be the first to review “The Emigrants” Cancel reply 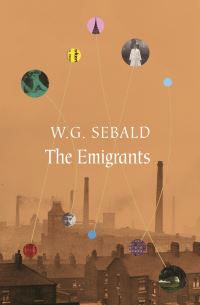